Still not vaccinated? Find a COVID-19 vaccine provider near you. More Info

Raising the Tobacco Sales Age from 18 to 21

Tobacco use remains the leading cause of preventable death and disability in Delaware and the United States. That’s why Governor Carney signed into law Senate Bill 25, which increase the age for sales of tobacco products from 18 to 21.

Why this is important 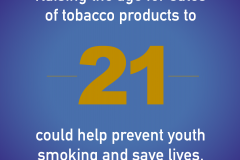 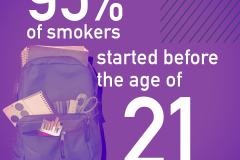 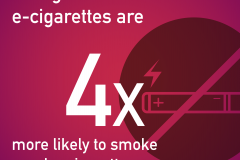 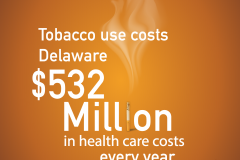 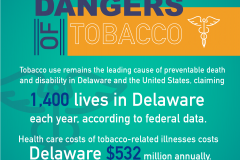 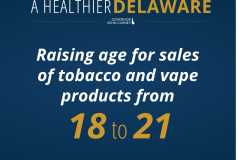 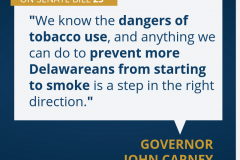 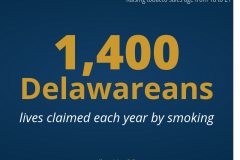 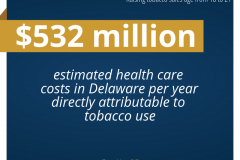 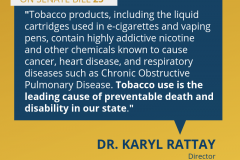 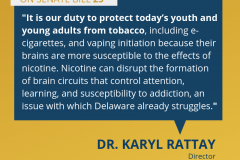 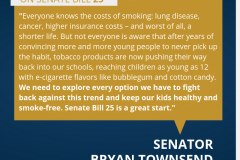 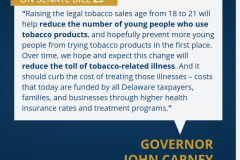 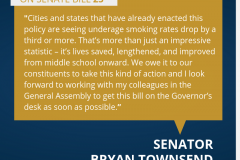 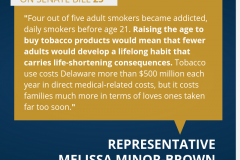 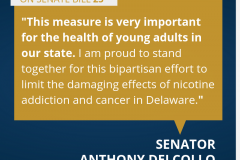 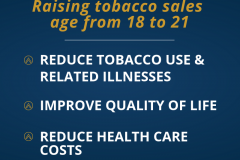 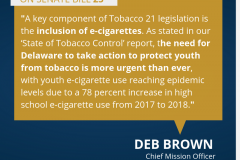 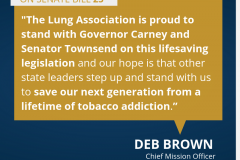 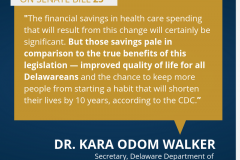 March 5 – Surrounded by members of the General Assembly, advocates, students, and health care professionals, Governor John Carney announced his support for Senate Bill 25 – legislation that would raise the legal age for sales of tobacco and vape products from 18 to 21.