WHEREAS, a bipartisan commitment to balanced budgets and sound financial planning has fostered Delaware’s reputation for fiscal prudence and budgetary restraint, which are further bolstered by the State’s constitutional limitations on state government expenditures as well as its Budget Reserve Account and statutory limits on State indebtedness; and
WHEREAS, this bipartisan commitment has been strengthened and reinforced by the availability of credible, nonpartisan, and expert projections of the State’s revenues and expenditures and of important national and state economic trends; and
WHEREAS, DEFAC has, for more than four decades, provided a sound basis upon which to make determinations regarding the State’s operating and capital budgets; and
WHEREAS, DEFAC can aid in the important effort of integrating the policymaking and financial planning functions of state government so that the long-term fiscal implications of administrative, budgetary, and legislative alternatives are considered before those alternatives are adopted as state policy; and
WHEREAS, the 149th Delaware General Assembly enacted, and the Governor of Delaware signed, House Joint Resolutions 7 and 8 focused on controlling the growth of statewide health care expenditures and the volatility of the State budget, and DEFAC’s expertise may be used to provide guidance to policymakers on these significant issues affecting the State’s fiscal condition.

NOW, THEREFORE, I, JOHN C. CARNEY, by virtue of the authority vested in me as Governor of the State of Delaware, do hereby DECLARE and ORDER the following:

1. DEFAC is continued.
2. DEFAC shall consist of at least 25 members appointed by the Governor to serve during his pleasure. The membership of DEFAC shall broadly represent both the public and private sectors of the State’s economy. The Governor shall designate a Chairperson of DEFAC from among its members.
3. DEFAC shall:

b. Serve in a general advisory capacity to the Governor and the Department of Finance.

c. Advise the Governor and the Secretary of Finance on:

d. Submit to the Governor, Secretary of Finance, the Controller General, and the General Assembly, by such dates as required by §6534(a), Title 29 of the Delaware Code, estimates as follows:

e. Submit to the Governor, the Secretary of Finance, the Controller General, and the General Assembly, not later than December 31 of each year, estimates as follows:

f. Perform such other duties and responsibilities imposed upon it by the Delaware Code including, but not limited to:

g. Perform such other duties and responsibilities imposed upon it by:

4. The DEFAC estimates required by paragraph 3.d. of this Executive Order shall constitute the Governor’s revenue estimates in compliance with §6534(a), Title 29 of the Delaware Code.
5. All state agencies shall cooperate in providing data and assistance to DEFAC including, but not limited to, statistics, reports, projections and testimony, as requested by the Chairperson of DEFAC and approved by the Secretary of Finance. DEFAC may call and rely upon the expertise of individuals and entities outside of its membership for research, advice, support, or other functions necessary and appropriate to accomplish its mission.
6. Upon request of the Chairperson of DEFAC, the Department of Finance, and such other state agencies as deemed appropriate by the Secretary of Finance, shall provide such staff and financial support to the activities of DEFAC as are approved by the Secretary of Finance.
7. Executive Order Numbers Sixty-Four, dated January 16, 1975, and Fifty-One, dated July 10, 1974, issued by Governor Tribbitt, are hereby rescinded.
8. Executive Order Number Five issued by Governor Minner is hereby rescinded. 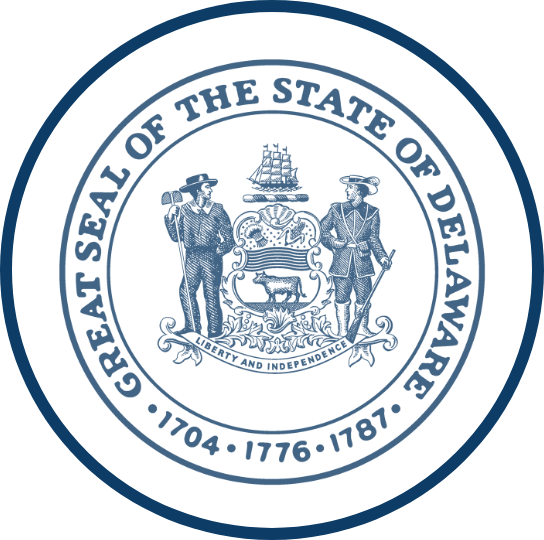